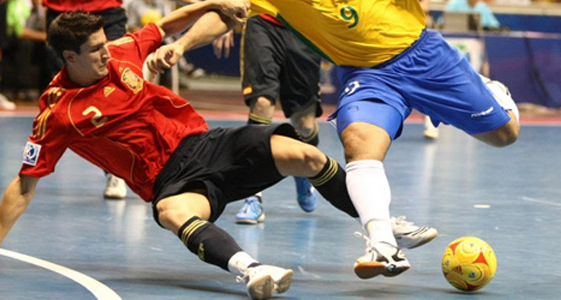 According to those rules, Olympic football team must consist of players who are younger than 23 years. Only three players that are older than 23 are allowed to be members of the national Olympic teams to participate in the games at the Olympic Games. Those who oppose football being an Olympic sport will look at this rule and say that the popularity of the Olympic football tournament is suffering because some of the best players in the world are not allowed to play at the Games.

However, those who are defending football being the Olympic Sport argue that those rules are exactly what the Olympic Games should represent and that is the opportunity for young athletes or players to participate at such events and to feel the Olympic spiriting. However, considering both sides, it can be concluded that the quality of the game is reduced due to the fact that many amazing players are not allowed to play at that tournament. Some of the national teams manage to get some big names to play for their national teams at the Olympic Games, like Brazil did with Neymar during the last Olympic Games in Rio de Janeiro.

Those who oppose football being an Olympic sport are not only people who would want to see futsal at the Olympic tournament. Among those people are also the clubs’ officials who might have serious problems of allowing their players to be absent for more than a month in order for those players to play at the Olympic Games.

For the clubs’ officials, there is too much risks that those players are exposed to and because of that many very good football players did not get the permission from their clubs to be a part of their national in the most recent Olympic Games as well as in on other Games as well. Neymar did play for Brazil at the Olympic Games in Brazil but the question remains whether he would have got the permission to play if the Games were organized by some other city or country.

On the other hand, those people who argue that futsal should replace football as an Olympic sport or rather who want futsal to become the Olympic sport say that the popularity of the sport is the good enough reason to include this sport in the program of the Olympic Games. Besides that, there are saying that the popularity and the attractiveness of the game will actually make Olympic Games even more popular.

However, none of the hosting committees has yet decided to include futsal into the program of the Olympic Games. The fact is that the popularity of the Olympic football tournament is decreasing with every Games and that Olympic football tournament officials currently do have any plans in which direction and in which way to increase that popularity. On the other hand, the fact is that futsal is currently one of the sports with the quickest rising popularity in the world. Additionally, in majority of cases in Olympic tournament it happens that the games are not that interesting and without any attractiveness. On the other hand, the futsal’s main selling point is its attractiveness and creativity of the players.

Valid Arguments on Both Sides

Considering the issue of whether futsal should replace the football in the Olympic Games it is not hard to see that both sides are using valid arguments in their claims. However, football is huge machinery and it might be problematic from the economic stand point to exclude football from the Olympic Games.